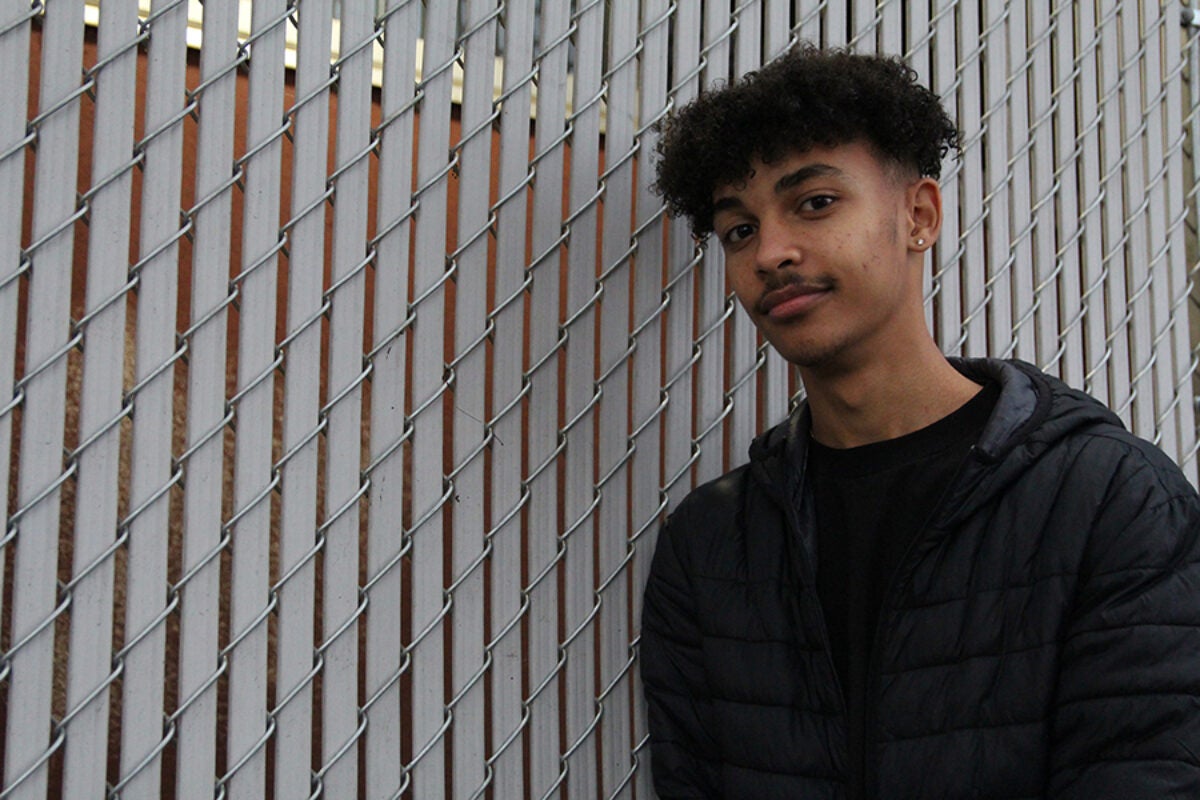 When you are one of just a few students of color at your school, it may be difficult to find people who can empathize with your struggles. For Roosevelt High School junior Brandon Johnson, the African American Male Achievement’s (AAMA) Student Leadership Council fills in the gap. The SLC Kings are the voice of their brothers who do not have one. The brotherhood provided by the program means a lot to him.

“I feel like I have a whole support group now outside of just my family,” Johnson said. “I consider a lot of these people here my family because I just feel close to them.”

Seattle Public Schools welcomed the first AAMA Student Leadership Council (SLC) in January 2020. As a voice for African American males across the district, the SLC elevates student leaders who support each other at their schools, while also providing guidance to district leadership on priority initiatives of the AAMA Department.

For Johnson, the leaders of Kingmakers, as well as the other Kings, made it easy for him to feel at home.

“I like the support group and the bond you can form with them,” he said. “Everyone is just easy to click with and talk to. It feels great; I love it.”

Learn About the Student Leadership Council

Franklin sophomore Chukundi Salisbury has a lot to say about the world, and the Kingmakers program is providing him with the chance to let his voice be heard.

Kingmakers is an elective program for Black male middle and high school students taught by Black male facilitators. The program supports the cultural, historical, social, and emotional needs of young Black boys and teens as it relates to their identity.

“Kingmakers really gives me an outlet for a lot of social issues that I see in my school or in my community,” Salisbury said. “It gives me a place of refuge from a society that just doesn’t really care for me as much as [Kingmakers] do. I feel like what they give me is really just a place to rant about stuff that I see that I want to be solved.”

Salisbury comes from a long line of activists. His grandmother is Harriet Walden, who founded Mothers for Police Accountability, has dedicated her life to making sure law enforcement is held accountable for their actions. His father, Chukundi Salisbury Sr., is a longtime community advocate who ran for office in the state legislature in 2020. He said his son has always been outspoken and articulate.

“At home, we’ve helped establish him as a leader,” the elder Salisbury said about his son. “He’s definitely on his way and this program is a part of that.”

For his part, the sophomore Salisbury said being a Kingmaker is about being able to have a growth mindset and be yourself. He finds inspiration in the artist Jean-Michel Basquiat, who used his paintings as a tool for introspection and to attack racist systems.

“I really like … how he represents his art and how he has the crown on top of it to show the Black man as the king. I think it really just represents royalty, but not royalty in blood; royalty in overall community and strength.”

Kingmakers: Fit for a King

With a last name like his, Davyea “Woody” King was destined to become a Kingmaker. The Interagency Academy sophomore believes the organization came along for him at just the right time.

“[Kingmakers] is helping me become a man,” he said. “Right now, I’m a boy trying to become a man. As my teacher, Mr. Emery [Walters] says, ‘We just gotta find our crowns. You have to take it out your pocket and rock it!’”

Walters, who has been with Kingmakers since its inception in 2017, said one of the things he speaks about with King is being “extraordinary.”

“I tell him you cannot get there by kicking it with ordinary folks,” Walters said. “He is one of my more seasoned Kings.”

While this is his first year working with Woody, Walters said it feels much longer because of the solid relationship they have developed. He describes Woody as someone who is always motivated to lead the class in discussion and guidance.

“I know great things are destined in this young man’s future,” Walters said.

To Woody, being a King means more than carrying the last name. It means taking care of your responsibilities, to get things done even when you don’t want to do them.

“You just have to be built different.”

Since its launch in 2017, Kingmakers has supported the brilliance and excellence of Black boys and teens, by engaging, empowering, and encouraging Black male middle and high school students. The students are referred to as Kings, centering the program around brotherhood.